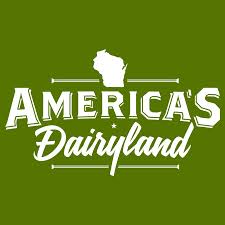 It was on 24 June, 1965, that advocates of colored Oleo Margarine won a significant battle at the State Capitol.

Oleo margarine was available to Wisconsin consumers, but in a pale white variety, so as not to be confused with butter. Stores along the State Lines of Wisconsin would prominently advertise colored (in other words yellow) Oleo Margarine for sale. Advocates of the Wisconsin Dairy Industry also pushed and maintained a tax on the margarine to decrease its popularity.

The ongoing issue generally put Republicans, many of whom represented rural areas where the butter was produced, against Democrats who frequently represented more working class and metropolitan areas with constituents who wanted to opt for what should have been a less expensive butter substitute.

To draw attention to the cause of Oleo, State Senator Martin Schreiber, set up a taste test in the parlor of the Wisconsin Senate. A UPI reporter dropped in and filed a story that he witnessed 24 of 28 Legislators and Aides correctly identify which was which after participating in a blind taste test in which the products were labeled ‘A’, and ‘B’ and ‘C’, the third entry being a butter substitute that had been developed at the UW-Madison.  One Republican Senator refused to take part saying he was not going to provide a forum for the oleo advocates. Powerful GOP Sen. Gordon Roseleip, of Grant County, did however submit to the test, and made headlines when he failed to identify the products correctly.

On 24 May, 1967, Republican Governor Warren Knowles would sign an Act that repealed the ban on the sale of colored oleo margarine. Martin Schreiber would be elected Lt. Governor under Patrick J. Lucey, and serve as interim Governor when Lucey was appointed Ambassador to Mexico. Gordon Roseleip would lose his re-election in 1974, a year of numerous Republican defeats in the wake of the Watergate scandal. After his death in 1989, the Roseleip family revealed that they had been purchasing colored margarine in Iowa on a regular basis and feeding it to the Senator with him believing it to be butter, they had been doing so in order not to irritate his heart condition, this they said is why he failed the famous test.