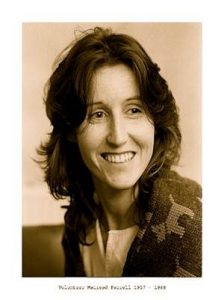 It was on 6 March, 1988, that Irish Republican Army Volunteer, Mairead Farrell, was killed by British soldiers of the Special Air Service (SAS).

Born in Belfast, Northern Ireland, she joined the Provisional IRA as a teenager. In 1976 she was apprehended by the Royal Ulster Constabulary (RUC) for attempting to place a bomb in a hotel that was frequented by British soldiers. Her boyfriend was shot dead by the RUC. At her trial, she refused to recognize the legitimacy of the British court.

She was sent to Armagh prison, where, following the example of Kieran Nugent, she refused to wear the prison uniform, protesting that Volunteers such as herself were Prisoners of War, rather than criminals. She also organized a hunger strike. She was released in 1986.

She resumed her IRA activity and was sent with two others to the overseas British territory of Gibraltar. It was there that the Volunteers intended to carry out a mission against a British Regiment during a changing of the Guard ceremony in front of the Governors’ residence.

British Military Intelligence became aware of the plan and dispatched a special squad to assassinate the team.  Farrell was shot three times in the back and once in the face. Her accomplices were killed as well. All of them were unarmed. Several witnessed testified that those killed were not given a chance to surrender. In 1995, the European Court of Human Rights found that the three had been unlawfully killed.

After the bodies were returned to Northern Ireland, the ceremony of their burial was attacked by paramilitary gunmen loyal to the Crown and three people were killed. The cycle of revenge continued when in 1990, the IRA attacked the Chief Air Marshall who authorized the SAS attack on the trio. He was shot 9 times, and survived.

In a review of a documentary about Farrell and the Gibraltar shooting, the New York Times had this to say –  “Mairead Farrell might be dismissed as some wild-eyed fanatic except that part of her life has been preserved in several home movies and a television interview taped shortly before her death. What emerges is a portrait of a soft-spoken, attractive woman determined to end what she perceived as the injustices surrounding her everyday life…. The program leaves us pondering the obvious conclusion: “To the people of Falls Road she was a patriot. To the British she was a terrorist. To her family she was a victim of Irish history.”