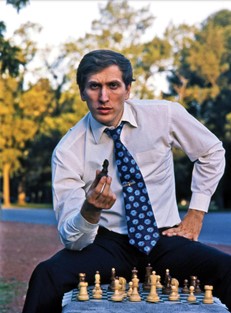 It was on 11 July, 1972, that American Bobby Fischer, faced off against Soviet Boris Spassky in the World Chess Championship.

The match took place in the unlikely location of Reykjavik, Iceland, and unexpectedly captured the attention of almost the entire world, making each player a household name.

Fischer, a Brooklyn, NY, native and high school drop out, was a vocal critic of what had been termed the Soviet ‘chess machine’ that routinely produced world class players. The undercurrent of the contest was portrayed as the unlikely American upstart taking on the entire Soviet state apparatus.

Fischer’s eccentric personality and the tensions, created mostly by Fischer’s increasing demands, were making people wonder if the match would happen at all. The media provided tremendous hype to the event, and the public responded. In a nation with virtually no chess culture whatsoever, Fischer was suddenly a celebrity, appearing on the cover of ‘Sports Illustrated’ magazine. One commentator noted that it was as if an Eskimo had suddenly come to dominate the world of Tennis.

Fischer emerged the winner with a final score of 12 ½ to 8 ½, triggering an American chess boom in which membership in the US Chess Federation doubled.