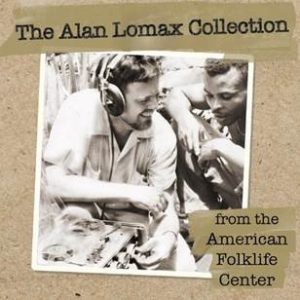 31 January marks the birthday of Alan Lomax in 1915. Lomax was a pioneer in cataloging and preserving folk songs and folklore, not only from America, but also from around the world.

He began taking trips to the Library of Congress to collect songs in 1934, and by 1937 Lomax was Assistant in Charge of the Archive of Folk Song of the Library of Congress. In 1942, funding for the project was cut off, and Lomax continued the work independently. His countless journeys crisscrossing the country included making recordings at the rural Penitentiary Farms of Mississippi and Louisiana, where he not only recorded the ballads of the inmates, but also the stories of what led them to their incarceration. The recordings of these sad laments can be heard to the background rhythmic beats of men swinging hammers in work gangs to such lyrics as:

“Well it’s early in the morning! When I rise well well-a. Well the Eagle on the Quarter Dollar, he gonna rise and fly! Well well-a. It takes rocks and gravel, to make a solid road.”

In the late 1940s, Lomax produced a series of commercial folk music albums for Decca Records and organized a series of concerts at New York’s Town Hall and Carnegie Hall, featuring blues, calypso, and flamenco music. In 1948, he coordinated the music for the campaign events of Presidential candidate and former Vice-President, Henry A. Wallace.

Lomax has a unique distinction of having been under investigation by the Internal Security Apparatuses of not one, but two countries. The FBI had Lomax under surveillance for years and even went so far as preparing a 68 page report on him that they provided to the CIA in consideration of revoking his passport. His entire file at the FBI ran to over 800 pages. In addition, British Military Intelligence (Section 5) also prepared reports on Lomax as a suspected Communist.

Lomax was a consultant to Carl Sagan for the Voyager Golden Record sent into space on the 1977 Voyager Spacecraft to represent the music of the earth. He selected examples of Jazz, Blues, Rock and Roll, as well as the recordings of Beethoven and Mozart, and also folk music from such places as Zaire, Bulgaria and Azerbaijan.

In 1979, Lomax released the book “The Land Where the Blues Began”, linking the birth of blues music to debt peonage, segregation, and forced labor in the American South. That book, along with a biography of Lomax, “Alan Lomax, the Man who Recorded the World” are both available in UW-Madison Libraries, which can be accessed by University Staff through the use of their WiscID card.