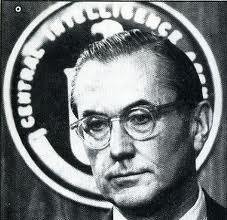 27 April marks the day that former CIA Director William Colby disappeared in 1996. His body would be found on May 6, in a marshy riverbank lying face down.

Born in Minnesota in 1920, Colby on his father’s side, was the descendant of a New England family with a long tradition of military and public service. His mother’s family was Irish and had a history of activism in Democratic Party politics. Following his first year at Columbia University, he joined the United States Army as America entered World War II. He was assigned to the Office of Strategic Services and parachuted behind enemy lines to conduct sabotage missions. He was awarded the Silver Star.

Post-war, he spent many years with the Central Intelligence Agency (CIA) on assignments in Europe. In 1959, he became the CIA Station Chief in Saigon, Vietnam. Colby returned to Washington in 1971 and became executive director of CIA. In 1973, he became Director of the CIA and would remain so until 1976. Colby wrote a book about his experiences in Vietnam, titled, ‘Lost Victory’.

Colby was a devout Roman Catholic, described by some as a ‘Warrior Priest’.

His son Carl produced a documentary about Colby, titled, ‘The Man Nobody Knew’, the trailer for which appears below…