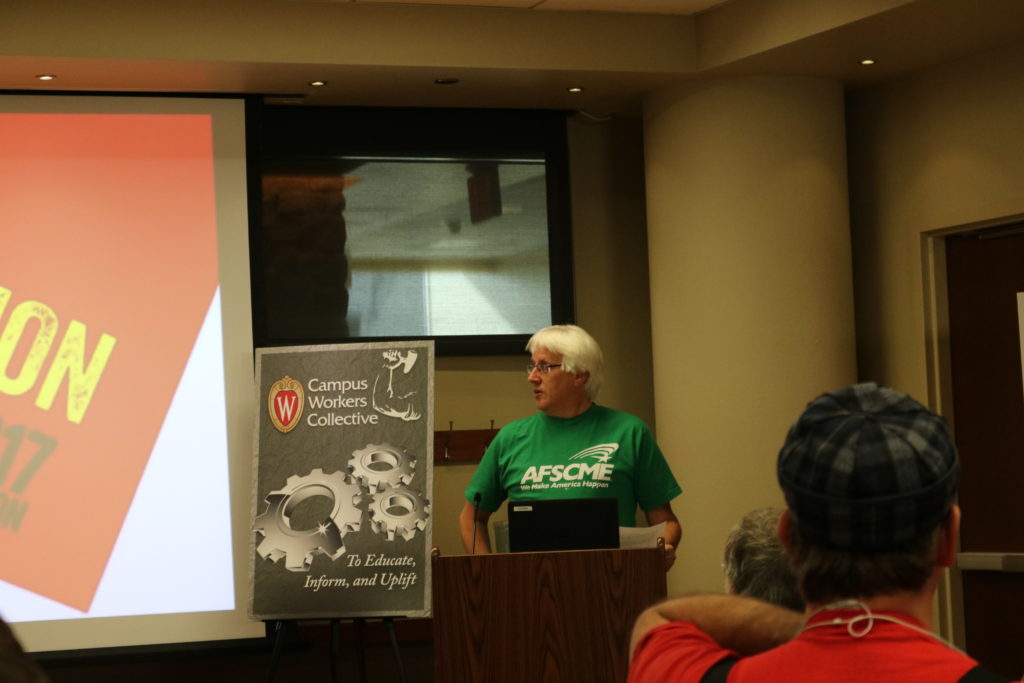 The North-woods Room of Union South was full on Monday as employees and members of the community gathered for a commemoration of the 100th Anniversary of the Russian Revolution. 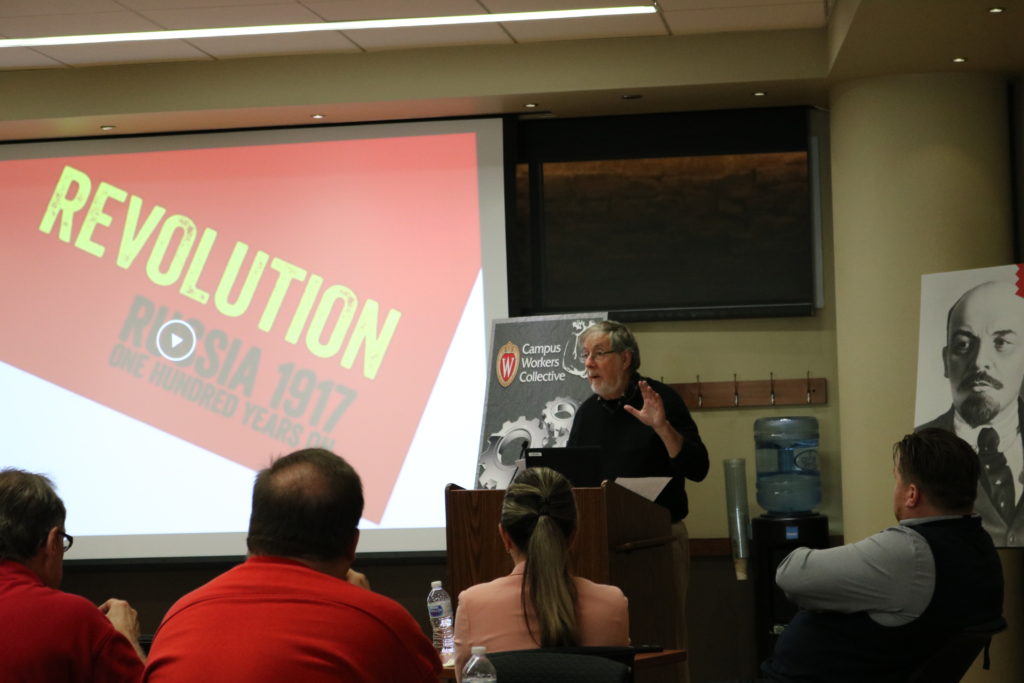 Professor Emeritus Frank Emspak provided an historical narrative of the background and effects of the Revolution in Russia and on the greater society. 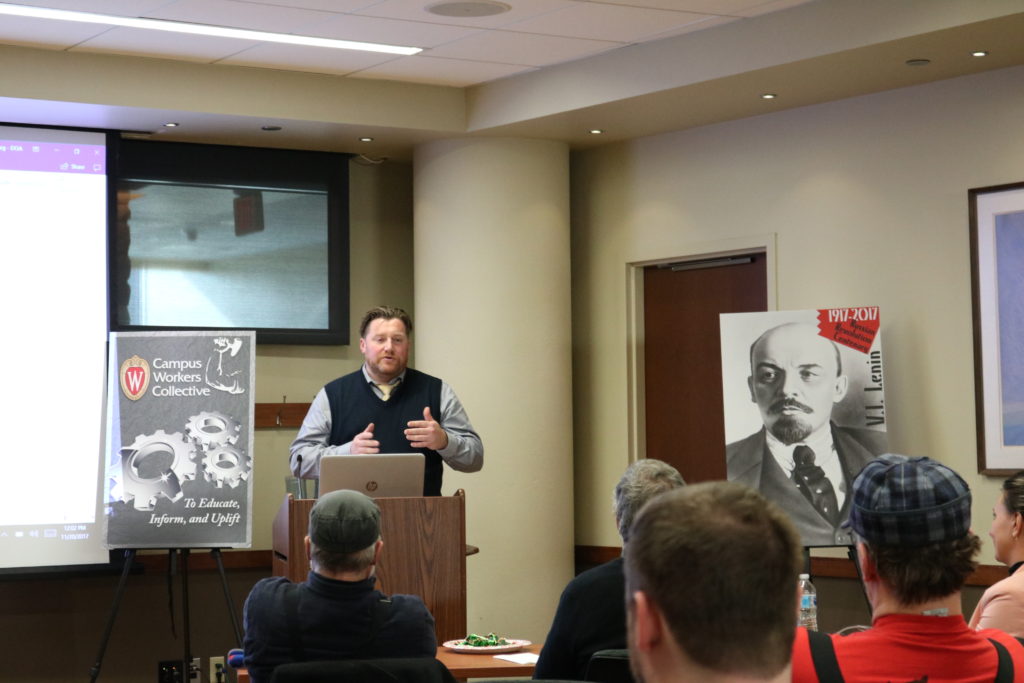 Russian immigrant and former University Staff employee, Oleg Kizimenko, described everyday life growing up in the USSR and was joined by his wife who not only engaged those attending with family photos from her Soviet childhood but also treated everyone to some Russian chocolates. 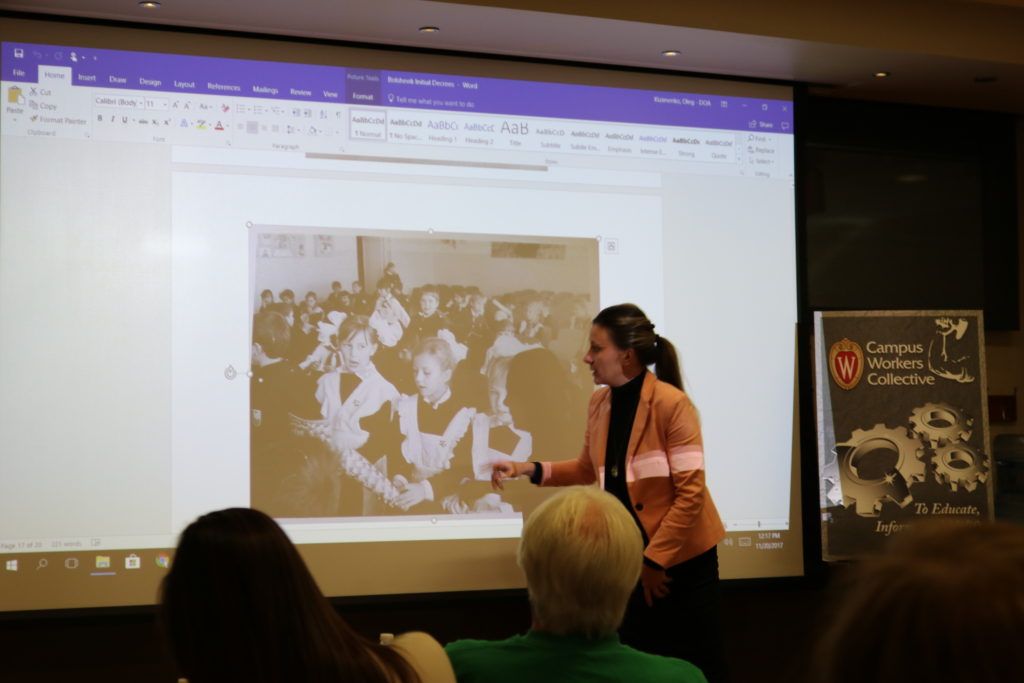 Kelly Iacobazzi was also introduced to inform the crowd about the programs available through the Center for Russia, East Europe, and Central Asia (CREECA). Ten lucky attendees also were given copies of the book, ‘Ten Days that Shook the World’ which were given away in a drawing at the end of the program. 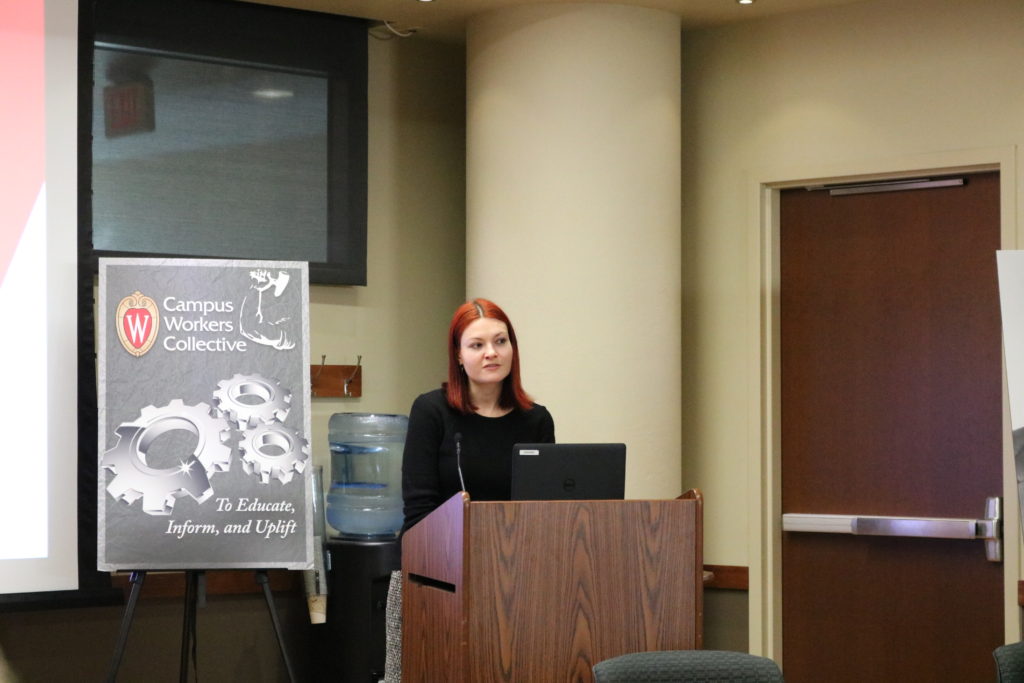