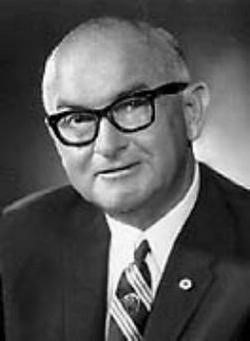 18 September marks the birthday of legendary Labor organizer, Mike Quill, in 1905. Quill was born in Ireland, where he became a volunteer of the Irish Republican Army in its struggle against Great Britain, and joined the Anti-Treaty forces during the Irish Civil War.

Quill arrived in Manhattan in 1926, where his uncle secured him a job as a ticket taker with the Interborough Rapid Transit. Known as the IRT, some joked that what the initials really stood for was ‘Irish Republican Transit’, as it was heavily populated by Irish immigrants, many of whom were Anti-Colonial ‘Republicans’, like Quill.

Quill’s assignment allowed him to work frequently in various stations. This, combined with his clandestine organizing skills learned in the Guerrilla warfare days of Ireland, provided him with the tools and opportunity he needed to organize his fellow workers. Quill gained notoriety and respect when he successfully led the Union in a two day sit – down strike in 1937.

Quill had warm relations with New York Mayor Wagner, whose father had been the author of the ‘Wagner Act’ which created the National Labor Relations Board, but Quill’s fortunes soured when Republican WASP Mayor John Lindsay was installed in 1966. Quill frequently expressed his disdain for the Mayor by purposely mispronouncing his last name, referring to him in press conferences as “Lindsley”. Quill called a strike and for 12 days, one of the world’s largest mass transit systems ground to a halt. The workers won a sizeable wage increase. Three days later, at the age of 60, Quill died. His funeral mass was held at St. Patrick’s Cathedral, his coffin covered by the flag of his native Ireland.