On 14 June, 1777, by resolution of the Second Continental Congress, the US flag was adopted. In August 1946, National Flag Day was established by an Act of Congress. Working as a grade school teacher in Waubeka, Wisconsin, in 1895, Bernard J. Cigrand held the first recognized formal observance of Flag Day at Stony Hill School. 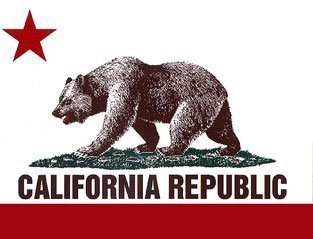 Coincidentally, June 14 is also the date for the annual anniversary of the “Bear Flag Revolt” in California. On June 14, 1846, 33 American settlers and mountain men arrested the Mexican general in command at Sonoma, and declared the “Bear Flag Republic” on the Pacific Ocean coast as an independent nation. The Flag of the “California Republic” was raised to symbolize independence from Mexico of the former province of Alta California. The Bear Flag was adopted as California’s state flag upon joining the Union as the 31st state in 1850, after being annexed by the United States following the Mexican–American War of 1846–1849. Prominently flying both the U.S.A. and state flags on June 14 is a tradition for some Californians.