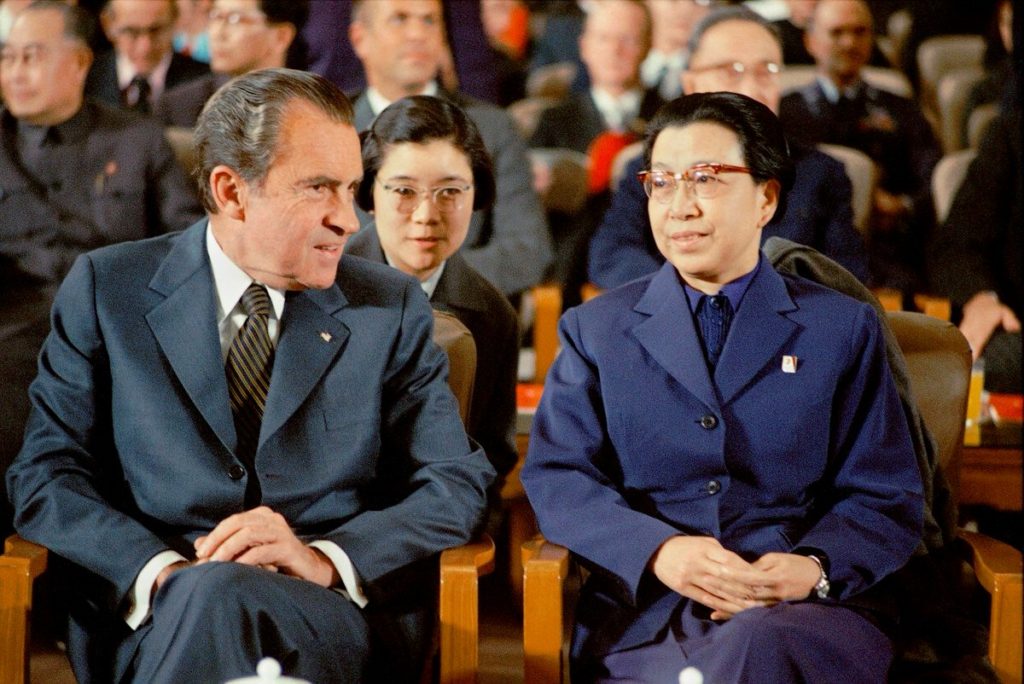 It was on 21 February, in 1972, that President Richard Nixon arrived in the People’s Republic of China. The visit was a major turning in US diplomatic relations and was dubbed, ‘The week that changed the World’. The United States and the PRC had no formal ties of any kind for the previous 25 years.

The week long visit by Nixon (see above in a photo with Jiang Qing) included a 90 person press corps, which as he toured such cities as Beijing, Hangzhou, and Shanghai, allowed Americans to view via television coverage, images of China they had never seen before.

Nixon met with legendary Revolutionary leader Mao Zedong as well as with Chinese Premier Zhou Enlai, who had previously met secretly Nixon’s National Security Advisor in 1971, in order to pave the way for the trip.

Presidential historians have ranked the trip as the most historic, important, and effective trip of a President to anywhere at any time.