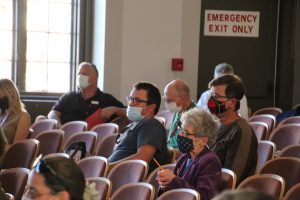 The Congress is made up of 103 districts, each of which consists of between roughly 35 – 75 persons of similar job type. Members of Congress serve for a one year term, and there is no limit to the number of terms that they may run for.

Congressional elections take place in the spring of each year. In March, candidates will have the opportunity to file for a place on the ballot. Ballots are sent to homes of employees in the month of May. In July, the new members of Congress are orientated and then begin meeting the third Monday of each month thereafter.

There is no limit to the number of persons who may file for the place on the ballot in any one particular Congressional district. In terms of the election, results are tabulated this way – the person with the greatest number of votes wins the seat and serves as the ‘Elected Representative’. Each person who is on the ballot and finishes behind the top vote getter is considered to be an ‘Alternate’. These persons receive all the same updates and information throughout the Congressional term as an elected Representative does, and on occasions that the Representative cannot be present for a meeting, the Alternate attends meetings in their place, and has full voting and speaking rights on the floor of the Congress for that day. If there are multiple Alternates, they are ranked in numerical order based on the number of votes they received. The person ranked as the “1st Alternate” has the first opportunity to stand in for the absent Representative when need be, but if they are unavailable, the task would fall to the “2nd Alternate” and so on, in descending order . 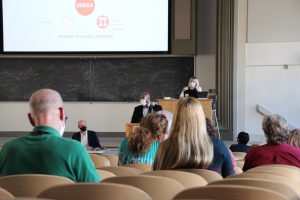 If the Elected Representative were to leave campus employment, or for any other reason permanently vacate their seat, the 1st Alternate would be elevated to the Representative seat on a permanent basis for the remainder of the term.

Members of University Staff take part in meetings of shared governance without loss of pay.